News 29/01/2021
END in studio for the next album
We have already beginning the recordings of our next album, that will be the second full-lenght.
It will be released by CULT OF PARTHENOPE.
No more news for now! 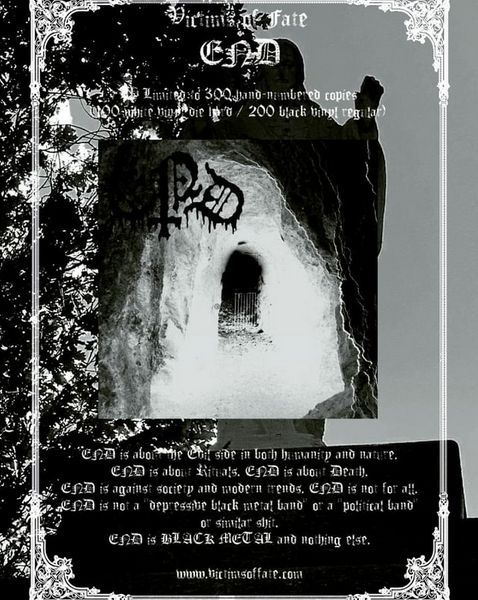 News 1/11/2019
New Bandcamp account
We now have a Bandcamp account, where you can listen and buy the new album and some merch.
Nothing change for this website, that will continue to be the only official page of END.
If you want to order an album or anything directly from the band, you can still make your private order via mail.

Take a look on the new page: 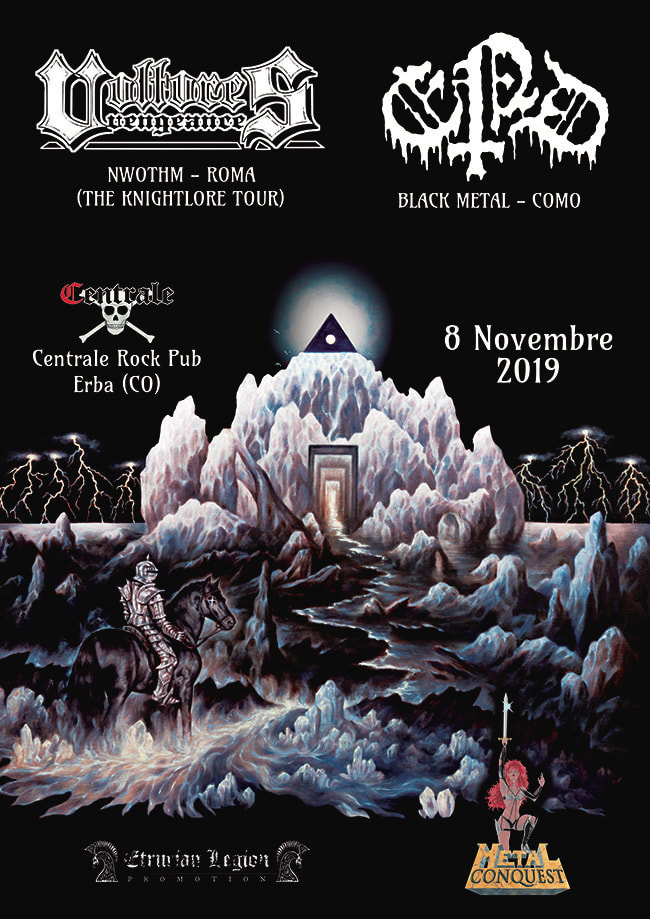 News 03/05/2019
ALBUM RELEASE !!!
Finally, after all these years, the first self-titled full is finally out!
All music and lyrics by Paul. Produced by End.
Recorded between autumn 2017 and winter 2018 in Toxic Basement Studio. Mixed by C. Altobelli and Paul.
If you want to buy a copy, please write an email (see "Contacts").
We will present the new album during the three shows with Sabathan. 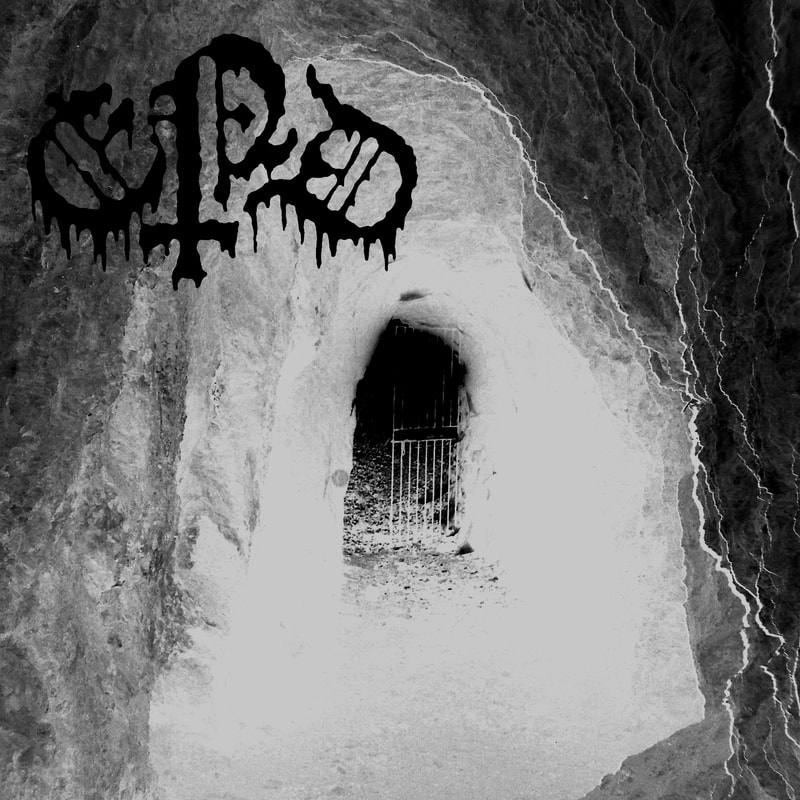 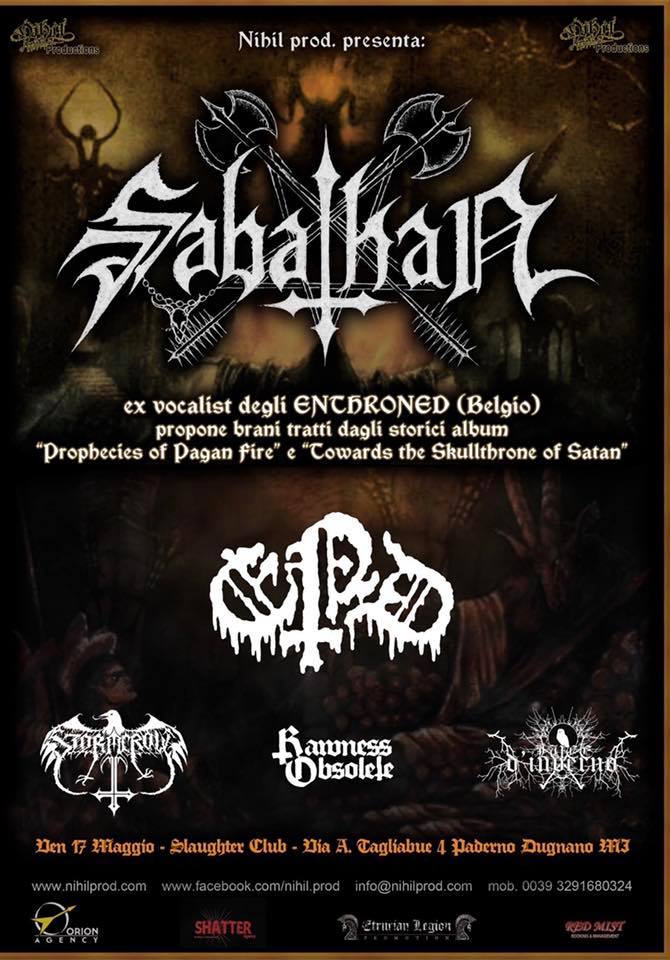 News 16/03/2019
IL MASTINO JOINS END!
We have a new member! IL MASTINO (FORNACE, GEMINI etc.) takes the place of Hellias at the guitar. 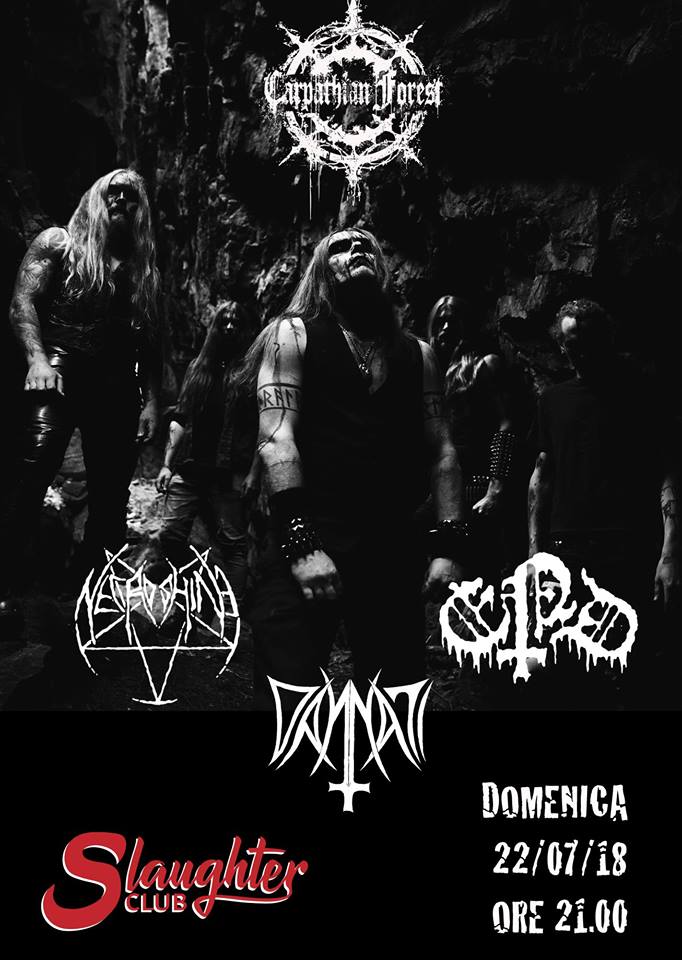 END live at HAMMER OF THE GODS

END will open at the "Hammer of the gods" festival, with GRAVELAND (POL), NOKTURNAL MORTUM (UKR), DARKEND (IT) and IMAGO MORTIS (IT) on september, 2.
Here the flyer: 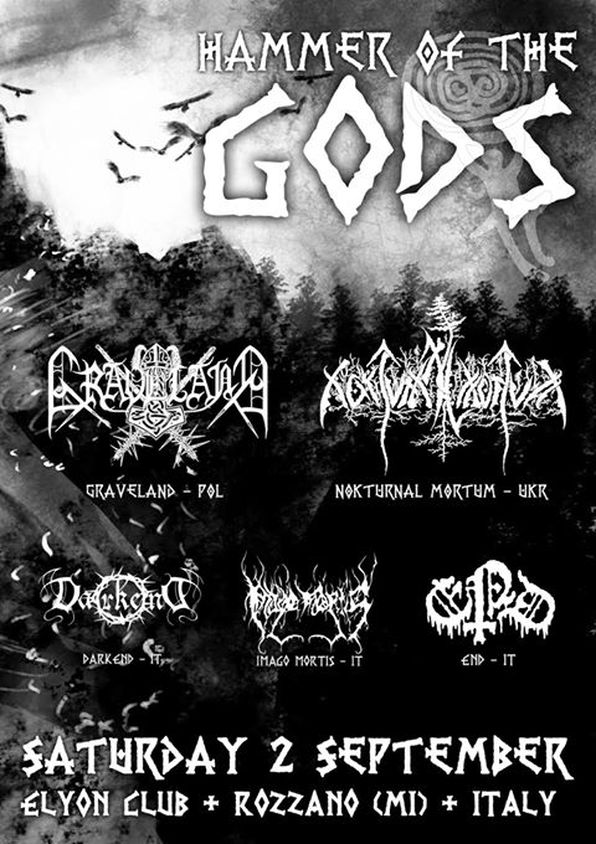 END will be headliner in the second edition of the "New Wave Of Italian Black Metal" festival on september, 23.
​Here the flyer: 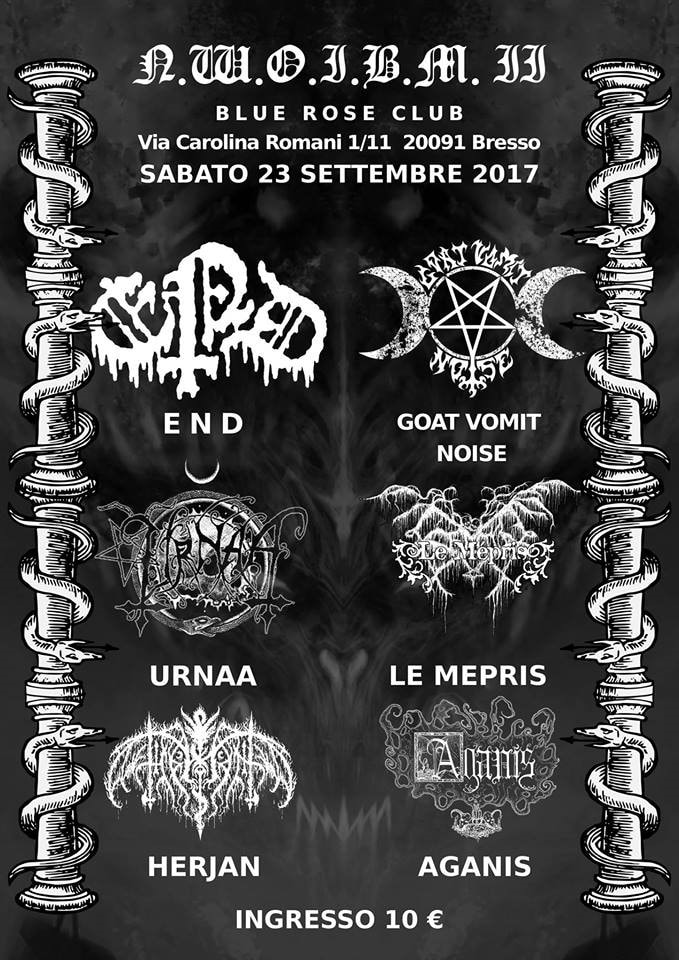 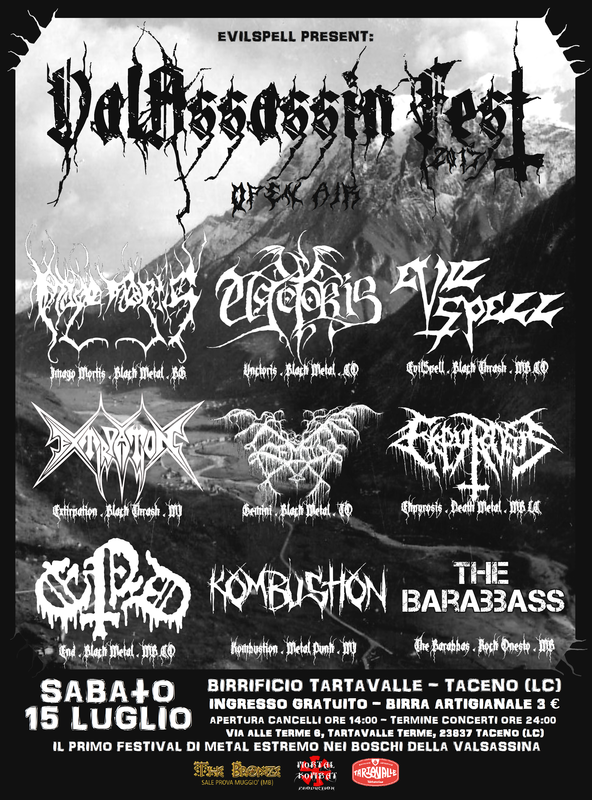 Finally we have a new member. MARCO "JOUTSEN" CARAGNANO (TERRORSAW, ex-KULT, ex-MORTAL FUNGUS etc.) is the new drummer! Thanks to ASTRID for her contribution during these years of hate and anger.

END will play at the first edition of BLUE ROSE BLACK FEST. 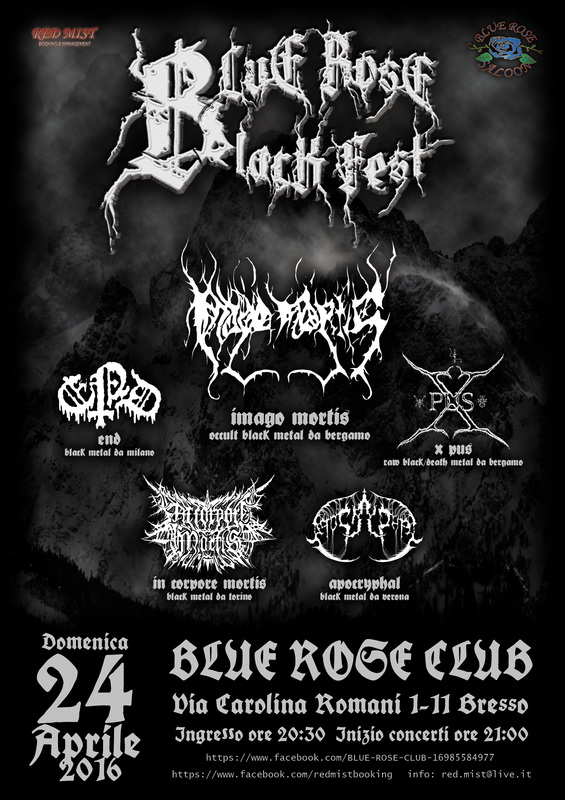 Today is the fifth anniversary of the suicide of EVILSPELL's bass player - and one of the best friends I ever had - F.R.A.

As I've already said in an EVILSPELL show some years ago (and something similar, but in some different connotations in two lyrics for EvilSpell and End songs), people that think that suicide it's only for cowards... can lick bitch mary's ass hole for eternity! (Paraphrasing Darkthrone...)

Shut up and respect other people choices in life or death.

Cheers to you, Fra.

END will play in Milano on friday 17.

Tomorrow END will play their first show outside Italy. This is also End's first show with the new line-up and Paul's first concert at the vocals. The concert will be in Granada, Spain at the 4 THE METAL FESTIVAL 2015. Thanks to Tano for the good organization. 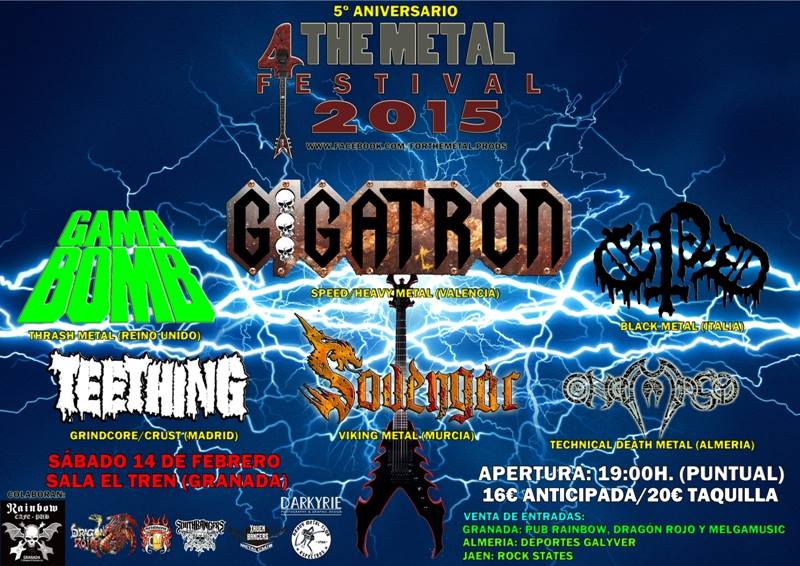 Paul returns to the vocals

After two years, PAUL returns to take care of the vocals. Vocalist PINE is out of the band.
Since now, END will be a 4-members band for a long time! Nothing will change in END music; in fact, Paul has always made the vocal lines and he will continue to play the guitar.
This decision was taken by Paul and anyone else in the band.
Thanks to Pine for her contribution during these years.

END will play with colombian legends INQUISITION and italian's IMAGO MORTIS. The concert will be at Blue Rose Saloon in Bresso (MI, Italy) on the 23 of july. Thanks to Tommy from Blue Rose Saloon and Ale from Red Mist Live Music Promotion for this great opportunity. Here the flyer:
​ 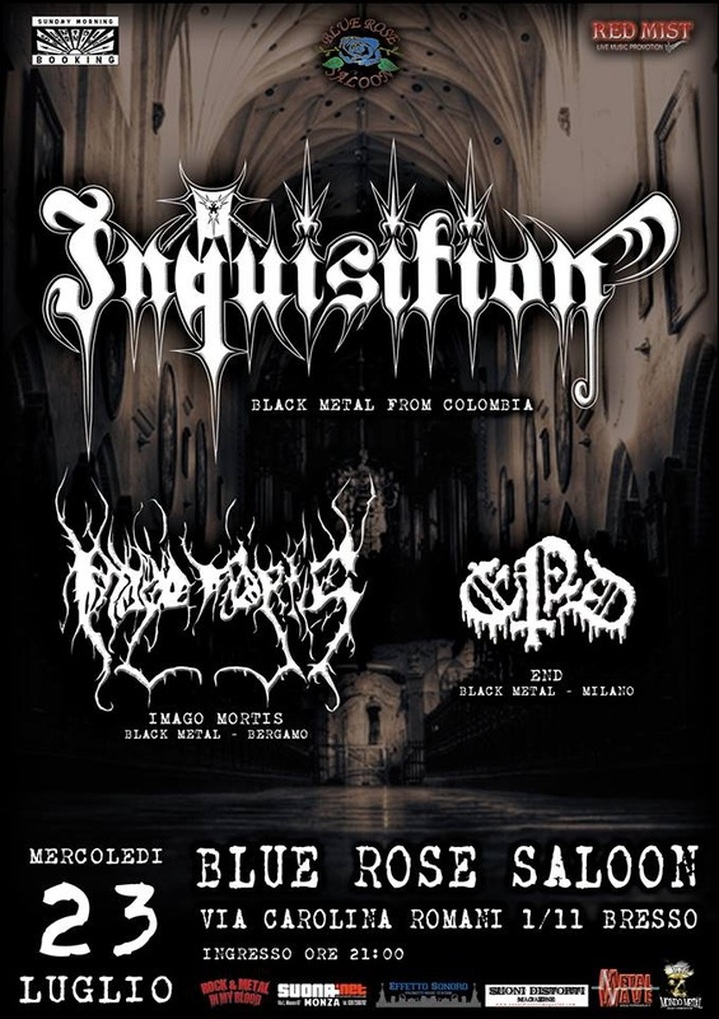 EVILSPELL and END have organized the EVIL FEST open air for this summer.
The festival will be in Agra﻿te Brianza (MB, Italy) on the 5 of july. Here the flyer: 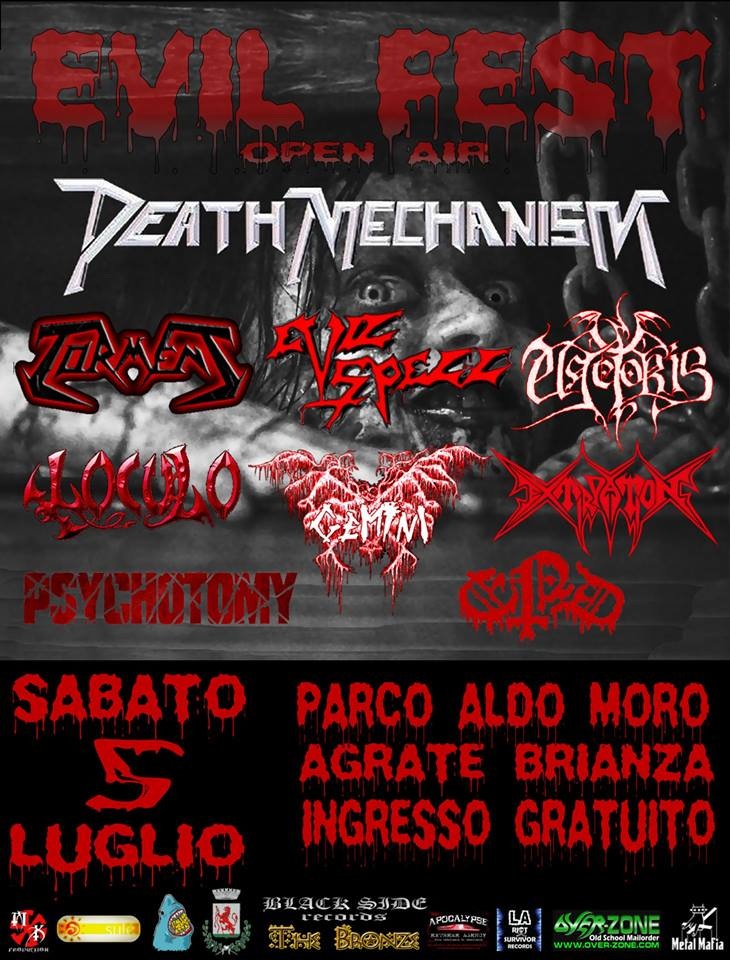